Where are the Buddha images and statues where he looks human and follows his own vinaya rules?

If you search around for images of the Buddha, you find things like this: 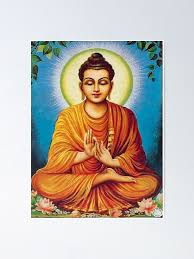 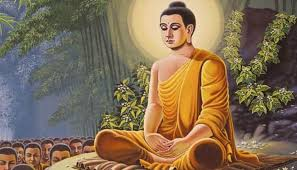 Super big ears, long luxurious hair with a brahmin top knot far beyond his own vinaya rules which limit hair length to about one inch in length.
Even when he's practicing the austerity of starving himself to death, he makes sure to keep his long luxurious hair for what reason? Who knows? He can abandon and  risk  body and life in search of enlightenment, but can't seem to relinquish his long hair. 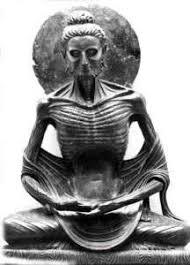 or you have images like this, where he has pine cone tumor shooting out of the top of his head. 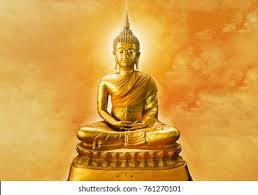 According to Vism. followers, who believe Jataka tales are literally true:

(They believe the Buddha never has to cut his hair. It's two inches long, curly, and stays permanently at that length)

In contrast, the correct Buddha images should have the following qualities:

There will be a literal bump (Ushnisha) at the crown of the head to represent his wisdom.

The legs and feet will be perfectly aligned.

Ushnisha. The cranial bump (ushnisha) symbolizes the “expanded wisdom” the Buddha attained at the time of his enlightenment.

Hair. The Buddha’s hair is usually depicted in the form of “snail-shell” curls. Monks have shaven heads, but according to legend, when the Buddha cut his hair, the uncut portions snapped into these curls and he never had to cut his hair again.

Then he thought, “These locks of mine are not suited for a mendicant. Now it is not right for any one else to cut the hair of a future Buddha, so I will cut them off myself with my sword.” Then, taking his sword in his right hand, and holding the plaited tresses, together with the diadem on them, with his left, he cut them off. So his hair was thus reduced to two inches in length, and curling from the right, it lay close to his head. It remained that length as long as he lived, and the beard the same. There was no need at all to shave either hair or beard any more.

The most ludicrous thing I ever saw in my life

The most ludicrous thing I ever saw in my life, I don't remember the name of the book, but it's a color illustrated story of the Buddha's life. Probably a children's book, and the part where he decides to renounce his princely life, cut off his hair, there's a a color illustration where he cuts off  all of his hair. And the very next page, the very next image, he's already got a full head of long hair again that seems to be the unwritten rule required for Buddha imagery. (can someone who has that book take a photo of those two pages and upload it?)

The Buddha was human. He had back aches, he had a broken down body when he got older, he could get food poisoning, he had to eat, excrete, and fart like everyone else, and no, his feces did not smell like perfume and offer ambrosial flavors and magical nutritional benefits to anyone who tried to pick up his droppings and eat them. He had to cut his finger nails and hair like everyone else.

According to suttas, like in MN 128, when ordinary people saw him (who didn't know him previously), they mistook him to be just one of the ordinary monks with shaved heads. Here, the park keeper tries to keep the Buddha out.

If the Buddha had looked like any of the pictures above, not following his own vinaya rules of short shaved head, having a pine cone tumor shooting off his head, having gigantic ears and golden color skin when everyone else just had a normal Indian person's sun tan,  surely the park keeper would not react like he did, he would have thought, "wow, this must be the Buddha people talk about. He looks different."

Here's my contribution.
1. A scene from Anatta Lakkhana sutta: 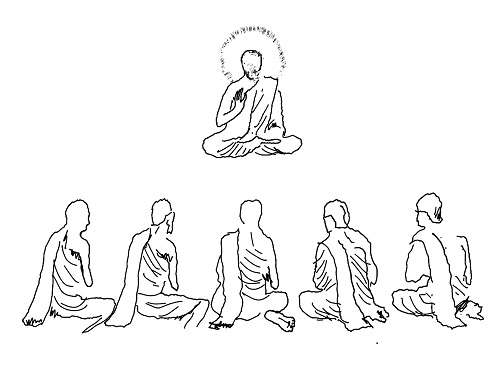 2. Polishing the statue at the monastery and bringing it to spec. (I removed the pine cone tumor and shortened the ears) 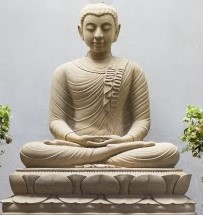 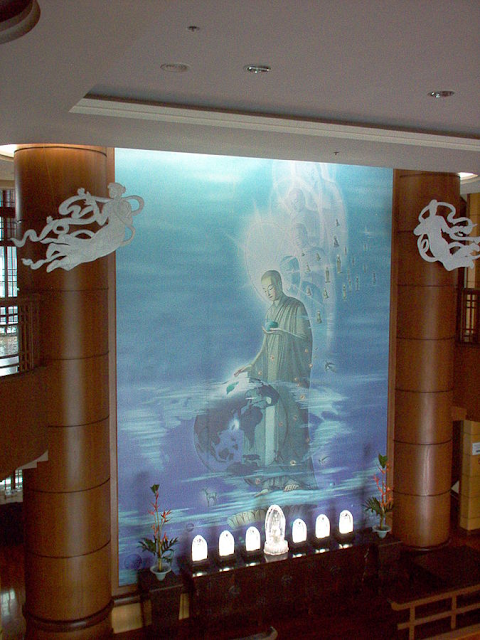 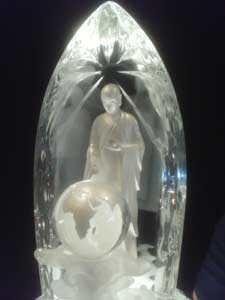 post replyWhere are the Buddha images and statues where he looks human and follows his own vinaya rules?

Tzu chi made buddha bald, and also look like the founder of tzu chi.

lucid24-frankk[S] 1 point a minute ago

JamesTheGiant wrote: ↑Mon Feb 08, 2021 4:54 pmGood blog post Frank. People be crazy when it comes to that eh.
It's worth noting that the pointy head is a symbol of full enlightenment, and it's supposed to be part of their skull!
MUTANT!

Some of the 32 marks of the great man are probably based on reality, there really are chakras, third eye, pineal gland, and the aperture at the crown of the head, the brahma aperture, probably does physically become altered when advanced meditators fourth jhana and beyond can connect and sense the energy in the universe beyond their internal body. But a slight bump at the crown is not going to look like a giant pinecone tumor. You could say maybe it's just Buddhist art, and for iconographic reasons, they exaggerate some features.

But why does everyone seem to prefer exaggerated caricatured images of the sacred religious founder? Surely some culture, some group of people want to see sculptures and images of the Buddha that look human, and the 32 marks of the great man are subtle, you have to get up and look closely to see. 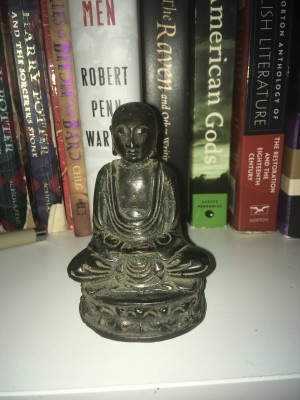 frank k wrote: ↑Tue Feb 09, 2021 8:43 amBut a slight bump at the crown is not going to look like a giant pinecone tumor. You could say maybe it's just Buddhist art, and for iconographic reasons, they exaggerate some features.

When developing buddhānussati this way, the Buddha's ushnisha serves as a reminder of his past life piety and the present-life fruits of that:

Whereas, in whatsoever former birth … brethren, the Tathāgata, then being human, became leader among men in goodness, foremost in virtuous deed and word and thought, in dispensing gifts, in conformity to morals, in attending religious festivals, in filial duties, in honouring recluses and brahmins, in deferring to the head of the family, and in other and sundry righteous observances, he by the doing and by the accumulating of that karma, by the mass and the abundance thereof was when the body perished reborn after death in a bright and blessed world. … Deceasing thence and attaining life as ye know it, he acquired this Mark of the Superman, to wit, a head like a turban.

This was the matter spoken of by the Exalted One.
(DN 26)

“To not delight in this dhammavinaya, friend, is painful; to delight in it is bliss.”
(Sukhasutta, AN 10:66)