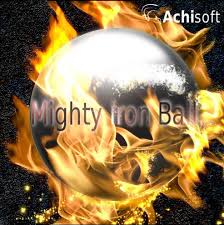 Which Sutta(s) talk about this, hopefully in more detail than I can remember?

The subject is karmic consequence, and the law is surprisingly not intuitive.

In comparing two types of actions:

What is not intuitive about that law, is you would think if one had wholesome and skillful intentions, before committing an action which is actually evil, that one is less culpable for the negative karmic consequence, in comparison to someone who knowingly commits and evil action even knowing fully well that the action is evil.

Which sutta(s) talk about this?

I don't remember if I'm stating the general form of the law quite correctly, what concrete examples were given in the sutta(s).


Jānant-ājānanta-pāpa-karaṇa-pañho
The question on doing evil knowingly or unknowingly.

Thero āha "yo kho, mahārāja, ajānanto pāpakammaṃ karoti, tassa bahutaraṃ apuññan" ti.
The Elder said, "Majesty, he who does an evil action unknowingly, he has the greater demerit"

Yo kho, bhante, ajānanto gaṇheyya, so [tassa] balavataraṃ ḍayheyyā" ti.
"Bhante, the one who grasped it unknowingly, he would receive the worst burn."

The other day, I happened to read a discussion of this passage in "Development in the Early Buddhist Concept of Kamma/Karma" by James Paul McDermott (page 113-114).

Based on what I have read, I do not believe that there is any specific quote in the Suttas / Vinaya that specifically supports this passage. The Suttas (AN 6.63) equate kamma with volition / intention and as McDermott explains, this was developed in the Abhidhamma (particularly the Kathāvatthu), further developed in Milindapañha and even further developed in the Abhidharmakośa. Of course, the commentaries developed the concept of kamma to a new level again (this was beyond the scope of McDermott's book).

@Jayarava, I have admired some of your writings / posts. Thanks for prompting me to look deeper at this passage (I love to learn). Here is the passage in Pāḷi:

I do not think "ajānanto" is equivalent to "ignorance" (delusion / moha). "Ajānanto" seems to be closer to "unwise attention", not seeing things as they truly are. For this reason, I think wrong view is a better handling, even though "micchādiṭṭhi" is not used in the text. @Jayarava, your knowledge of Pāḷi is far superior to mine, so I would be very willing to be corrected.

Oops, I just read your answer below, so let me add more...

I am an Abhidhamma teacher and this certainly colours my world view :-) Let me put an Abhidhamma spin on this to see if it helps. The Milindapañha was written after the Abhidhamma, so it is possible that in this passage, Nāgasena is attempting to clarify a doubt from the Abhidhamma.

Kamma comes from intention. The ethical quality of the kamma created comes from the roots (attachment / aversion / delusion for unwholesome, non-attachment / non-aversion / understanding for wholesome).

I do not believe that this passage from the Milindapañha is talking about the ethical quality of the kamma created.

With regard to karma one of the most cited Pāli passages is:

Intention, monks, is what I call action.

In other words, only intentional actions are karma. On the other hand Jains considered that all actions whatever were karmic. They developed the idea that inactivity was the best religious practice, taking it as far as starving themselves to death.

This passage from Miln seems to contradict this important principle. It is very curious. I will have to give this a good deal more thought.

And I think it's fair to say that just because someone can come up with the plausible reading of this text by changing the meaning of the words somewhat, doesn't mean that this is what was intended. A more sound procedure is to exhaust the possibilities of the text itself, then look for a traditional commentary, before starting to make ad hoc assumptions that simply fit a desired interpretation. One always has to allow that the text simply does not make sense.

In checking the Pāḷi passage (Miln 84) (in the Burmese 6th council Ed.) I had to translate it anyway, So I'll include my translation for reference. If there are any supplementary questions about the translation, leave a comment, and I'll edit this answer to try to explain.

Jānantājānantapāpakaraṇapañho
The question on doing evil knowingly or unknowingly.

Thero āha "yo kho, mahārāja, ajānanto pāpakammaṃ karoti, tassa bahutaraṃ apuññan" ti.
The Elder said, "Majesty, he who does an evil action unknowingly, he has the greater demerit"

Yo kho, bhante, ajānanto gaṇheyya, so [tassa] balavataraṃ ḍayheyyā" ti.
"Bhante, the one who grasped it unknowingly, he would receive the worst burn."

There is a lot here to digest. If Nāgasena is correct, why does Milinda say he should punish members of the royal court twofold (diguṇa)? I don't see the logic of this.

This is one of the most bizarre pieces of Pāḷi prose I've ever looked at!

I don't see how one can separate intention and understanding. Jānanto is just a very broad word for "knowing". So we must interpret yo ajānanto pāpakammaṃ karoti as "does an evil action without knowing that he does evil" and yo jānanto pāpakammaṃ karoti "does an evil action knowing that he does evil". The one who acts with knowing clearly must incur the greater consequences, but this text reverses the natural order. On face value it simply does not make sense.

It has been suggested by @RobM that this passage is referring not to the ethical quality of the action (and therefore of the vipāka it will generate), but to weightiness of the kamma. In fact I do not see any meaningful separation of these, since it is the ethical quality of an action that determines how weighty it is. Furthermore the passage itself is talking about who accrues the most apuñña or demerit. How can one separate puñña/apuñña from the "ethical quality of the action that generates it? An action generates puñña/apuñña in precise proportion to the kusala/akusala of the intention (cetanā) behind it. What's more the passage does not contain any word implying weightiness (garu, garutara, garutā etc). So although @RobM has produced a reading that is consistent with his understanding (and therefore pleasing), it is unrelated to the words he is attempting to interpret. This is an unsound exegetical methodology.

The exegetical strategy of all those answers so far which claim to understand this passage (which I do not) is that the words jānanto/ajānanto mean something other than what they mean. Either ajānanto means micchādiṭṭhi or it means garutā (weightiness) or something else that makes the passage make simple sense. In order to establish such a reading the person proposing it would need to show that this esoteric substitution was a regular feature of either the Milindapañha or the Pāḷi literature as a whole. One of the attractions of the Pāḷi literature is that on the whole it is quite straightforward. Metaphors and similes are occasionally reified by later tradition, but they stand out in the texts. So, on the face of it, an esoteric reading, where the text says one thing but means another would require some strong evidential support in the form of many quotations of similar substitutions. I don't see any evidence to date. So far I have not understood this text, but I don't believe that anyone else has either. "Don't know" must always be a possible, if unsatisfactory solution to any problem. And if one does not know then there is no shame in saying so. To over-ride unknowing and superimpose something familiar on a text to force it into a familiar pattern is not a good practice. At best it is a form of self-deception.


rom loggedinreddituser2 via /r/theravada sent 14 hours ago
Unkowingly doing evil is doing evil under the spell of delusion, a double whammy so to say. This isn't a question of intention, because the intention remains the same even in the presence of delusion. To see how this is possible, first consider that killing an animal out of anger not knowing it is morally wrong is worse than killing it out of anger being perfectly aware of how wrong it is. Here the delusion adds to the unwholesomeness of the action, since it as well as anger is one of the three unwholesome roots. On the other hand, killing an animal by mistake is not the same as unkowingly doing evil, and will have no karmic effect in itself (subsequent thoughts and actions might very well have severe karmic effects however).
The lack of knowledge refers to lack of knowledge in dhamma.
Thus, intentions are primary with regard to the evil or good quality of an action. The presence of delusion is only secondary, and has a karmic effect in so far as the intention is there, or rather, to the extent that intention is present.

from DiamondNgXZ via /r/Buddhism sent 18 hours ago
It should be in the Abhidhamma, although I dunno if the sutta has it too.
The knowledge here implies kamma knowledge.So if a person say knows that stealing is bad, will give bad results, they do the stealing with such knowledge. Knowing that it is bad, they do not steal too much, and might have some amount of guilt in the action. Eventually, the guilt may drive them to renounce the bad action and turn good.
Compare this with another person who didn't know that stealing is bad. Say a super rich spoiled kid. He is used to taking what he wants even without permission, he steals anyway he can and due to being rich, the law can hardly touch him. He thinks there's no bad consequences of stealing, thus continue to simply take what he likes from the less rich and powerful, even if he didn't need it. This ends up with him having a lot more bad kamma due to no knowledge of kamma to stop him.
Example 2:
Killing animals.
Say 2 slaughterhouse workers. One of them knows about kamma, the other doesn't and loves killing. The one who knows about kamma eventually feel that enough is enough, he couldn't bear the thought of him being reborn as the animals he is now killing to be killed for many lifetimes. He quit his job. The other one just continue killing animals, didn't see anything wrong with it. Saying that: blame the meat eaters, not me, someone's going to kill the animals as long as people are willing to buy the meat. So I am blameless in doing the dirty work for them.
The one who continues killing eventually got a lot more bad kamma than the one who knows about kamma and stopped.

Mahayana Sutra with many detailed examples of karmic consequences, rebirth in pure land: Note many of the examples in this sutra contradict EBT.